Marine life hitching a ride on ocean-crossing ships poses a threat to Antarctica’s pristine ecosystems, with the potential for invasive species to arrive from almost anywhere across the globe, say the authors of a new study.

New research by the University of Cambridge Conservation Research Institute – one of the ten CCI partners – and the British Antarctic Survey has traced the global movements of all ships entering Antarctic waters. It reveals that Antarctica is connected to all regions of the globe via an extensive network of ship activity. Fishing, tourism, research and supply ships are exposing Antarctica to invasive, non-native species that threaten the stability of its pristine environment.

The study is published today in the journal PNAS.

The researchers identified 1,581 ports with links to Antarctica, and say that all could be a potential source of non-native species. The species – including mussels, barnacles, crabs and algae – attach themselves to ships’ hulls, in a process termed ‘biofouling’. The finding suggests that they could arrive in Antarctic waters from almost anywhere across the globe.

“Invasive, non-native species are one of the biggest threats to Antarctica’s biodiversity. Its native species have been isolated for the last 15-30 million years.”

said Professor David Aldridge in the Department of Zoology at the University of Cambridge, senior author of the report, adding

“They may also have economic impacts, via the disruption of fisheries.”

Read the full story on the University of Cambridge website. 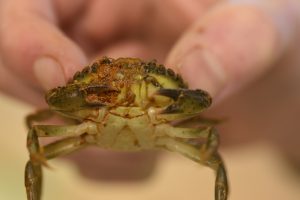